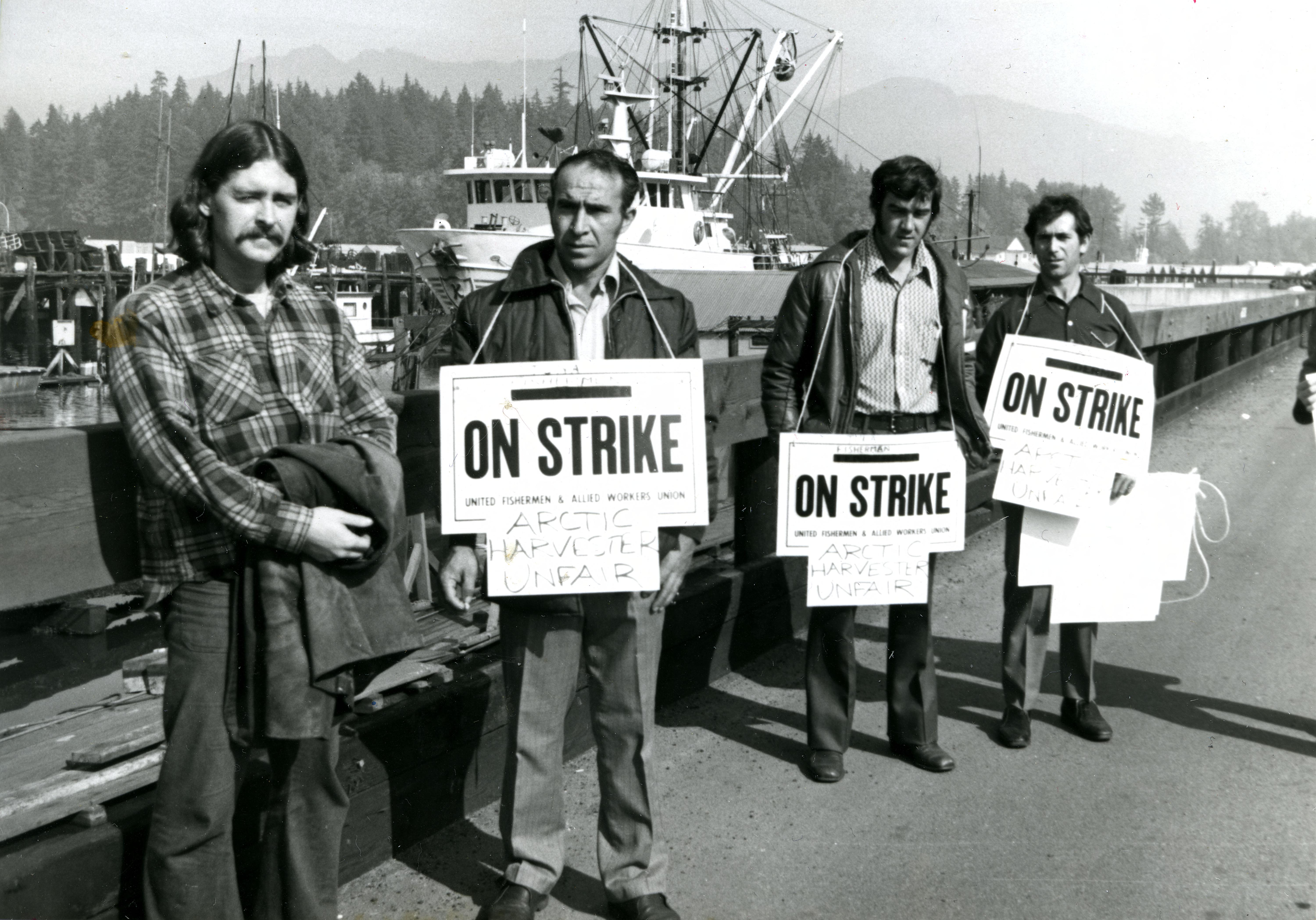 The United Fishermen and Allied Workers' Union was established in 1945 through the merger of the United Fishermen's Federal Union and the Fish, Cannery and Reduction Plant and Allied Workers Union. It survived strong competition from the B.C. Gillnetter's Association in 1952 and the Seafarers' International Union in 1953. The UFAWU was suspended by the Trades and Labour Congress in 1953 for alleged communist activities. It was not until 1972 when the Union's application for affiliation with the Canadian Labour Congress was accepted that its right to represent the majority of B.C. fishermen was recognized. The Union has strengthened the bargaining position of its members and it has undertaken to improve wages and working conditions in the industry.

Browse theses and dissertations by UBC students related to the UFAWU in UBC Open Collections.