"Driven by the desire of Indigenous peoples to share their stories on a global scale—and assume agency over their representation—Indigenous podcasts have emerged as a tool to 'decolonize the airwaves.' At the intersection of digital media, podcasting, and Indigenous storytelling, lies the rising trend of Indigenous podcasting—whether that be Indigenous media platforms like Indian & Cowboy, Rosanna Deerchild's segment on CBC Radio [Unreserved], or indie podasts." 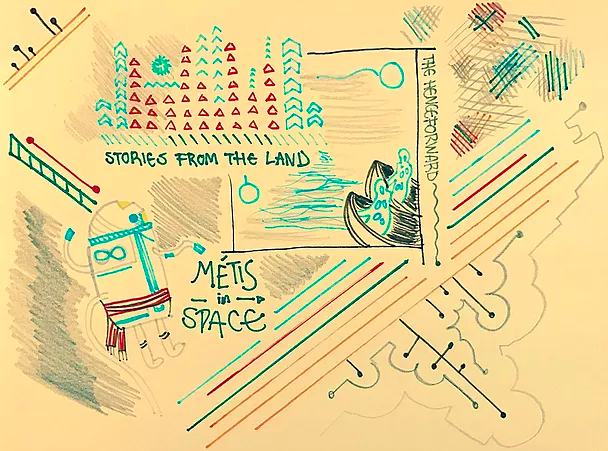 For a comprehensive list of Indigenous podcasts, see the Index of Indigenous Podcasts maintained by Media Indigena. The list is updated regularly, and includes both independent podcasts and podcasts by broadcasters.