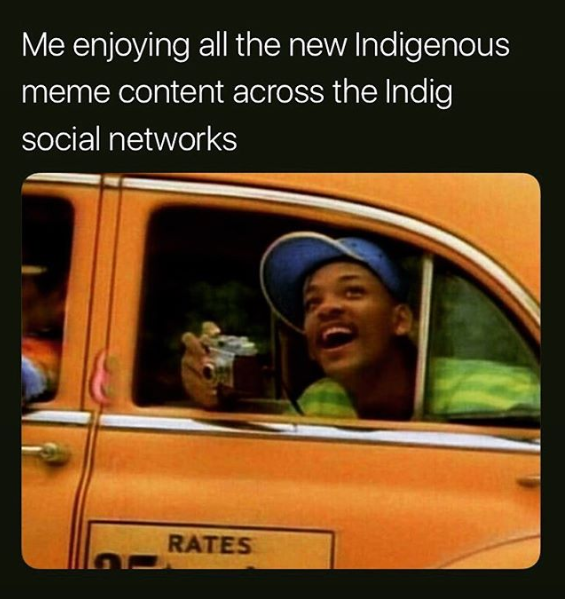 "In recent years, Internet memes have become one of the most prevalent features of online culture, attracting a significant amount of attention from social science and cultural studies scholars. [...] While there are an exponentially proliferating number of 'genres' with often radically different characteristics, memes are generally identified by the ways in which they circulate: an idea, practice, or form of expression is produced and reproduced by many users, in many forms, and for many purposes."
From Indigenous Memes and the Invention of a People by Ryan Frazer and Bronwyn Carlson (2017).

"For their Indigenous creators, memes offer a chance to weigh in on Canadian society by using humour, education and the occasional jab at Canadian and Indigenous politicians. Arnell Tailfeathers says memes represent a new art form and a chance for himself, as a visual artist, to express his views. 'I began thinking what I could do with [memes] in terms of decolonization and what's happening in Canada right now,' said Tailfeathers. 'Some people are doing comforting stuff to make you feel good, but then other people are doing deep political things with it.'"
From the CBC article "Indigenous meme creators point out harsh truths with dark humour" (2018).