This guide supports researchers working with Indigenous topics. It also supports faculty who are teaching remotely. 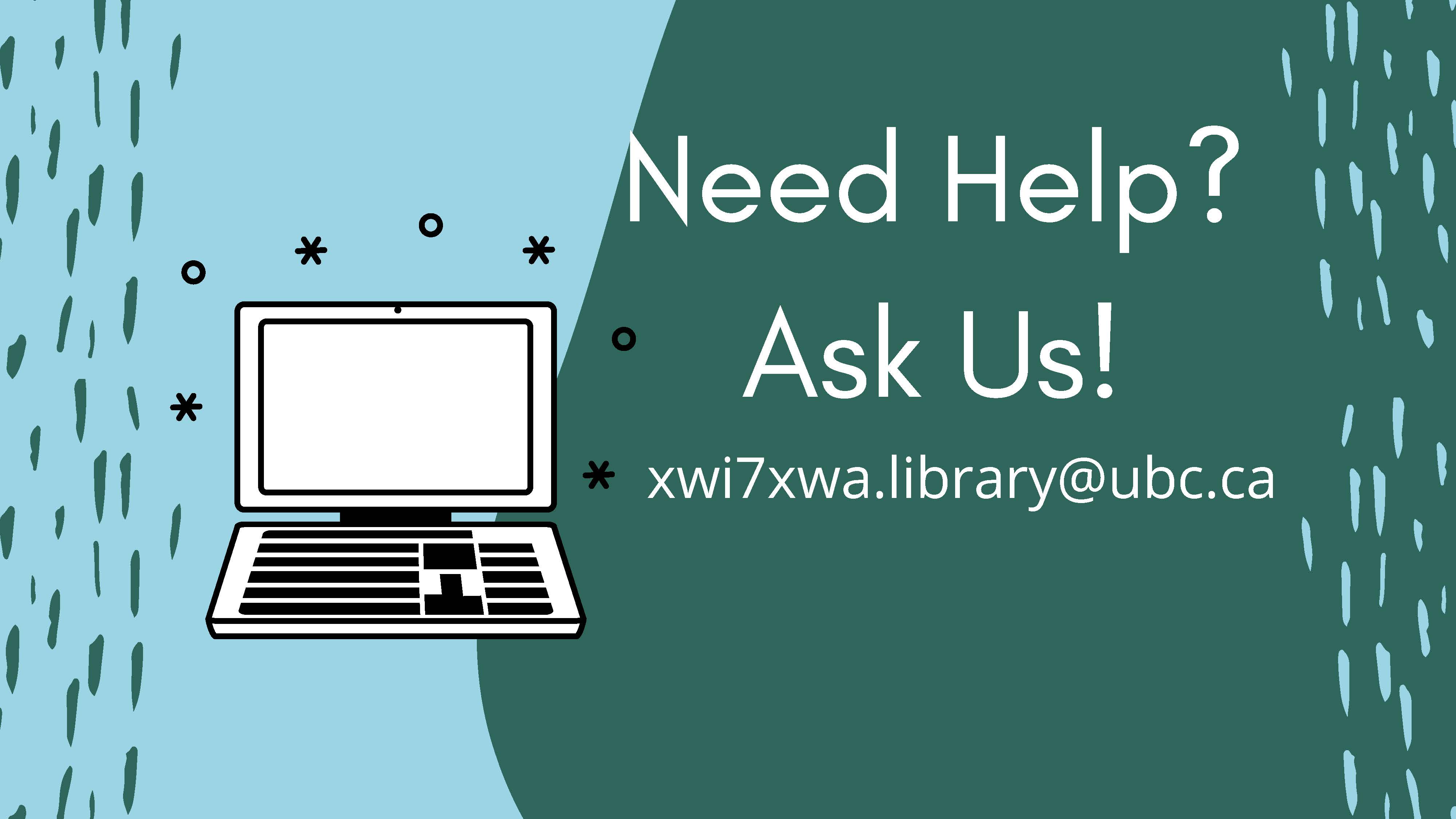 About: provides convenient and expert chat reference help to post-secondary students, faculty, and researchers across BC and the Yukon. For assistance click here.

Below you will find articles and databases specific to Languages. As we progressively move to an online environment X̱wi7x̱wa is moving away from print and physical materials. For more research guides please refer to the related guides on the left side of this page.

When searching for information using the UBC Library Catalogue, Summon, or databases, remember that names of Indigenous nations and languages often change over time and spellings may vary. You may need to conduct multiple searches using a variety of search terms to find information about a particular Indigenous nation or language.

The Métis language is called Michif (also Mitchif, Mechif, Michif-Cree, Métif, Métchif, French Cree). Michif is blend of Cree and French; the verbs are taken from Cree, while the nouns are taken from French.

For information on Michif, check out A Language of Our Own [e-book] by Peter Bakker (1997).