A number of digitized and born-digital materials are housed in UBC's Open Collections related to Forestry and Forests of British Columbia. Explore these links below for more!

These Interim Forest Cover Series Maps were produced in 1958 following the first-ever systematic inventory of the province’s forests. The inventory information was collected from 1951 to 1957 with help from federal funding using a combination of aerial photographs (40 chain photos) and ground sampling plots. In total, 5057 clusters of four fixed-radii plots were used to supplement the aerial photo interpretation. Each map is accompanied by an envelope on which estimates of the timber volume within the map sheet were provided. The volume estimates were intended to be accurate to +/- 10% for major tree species. The maps are printed on high-quality paper, and contain colour-coded representations of various classifications of forest cover. Physical copies of the map series are held in the UBC Library’s Map and Atlas Collection in Koerner Library, as well as at the Rare Books and Special Collections Library, within the MacMillan Bloedel Limited fonds.

The maps have been converted to GeoJSON, the index of which can be found here and the GeoJSON data here. 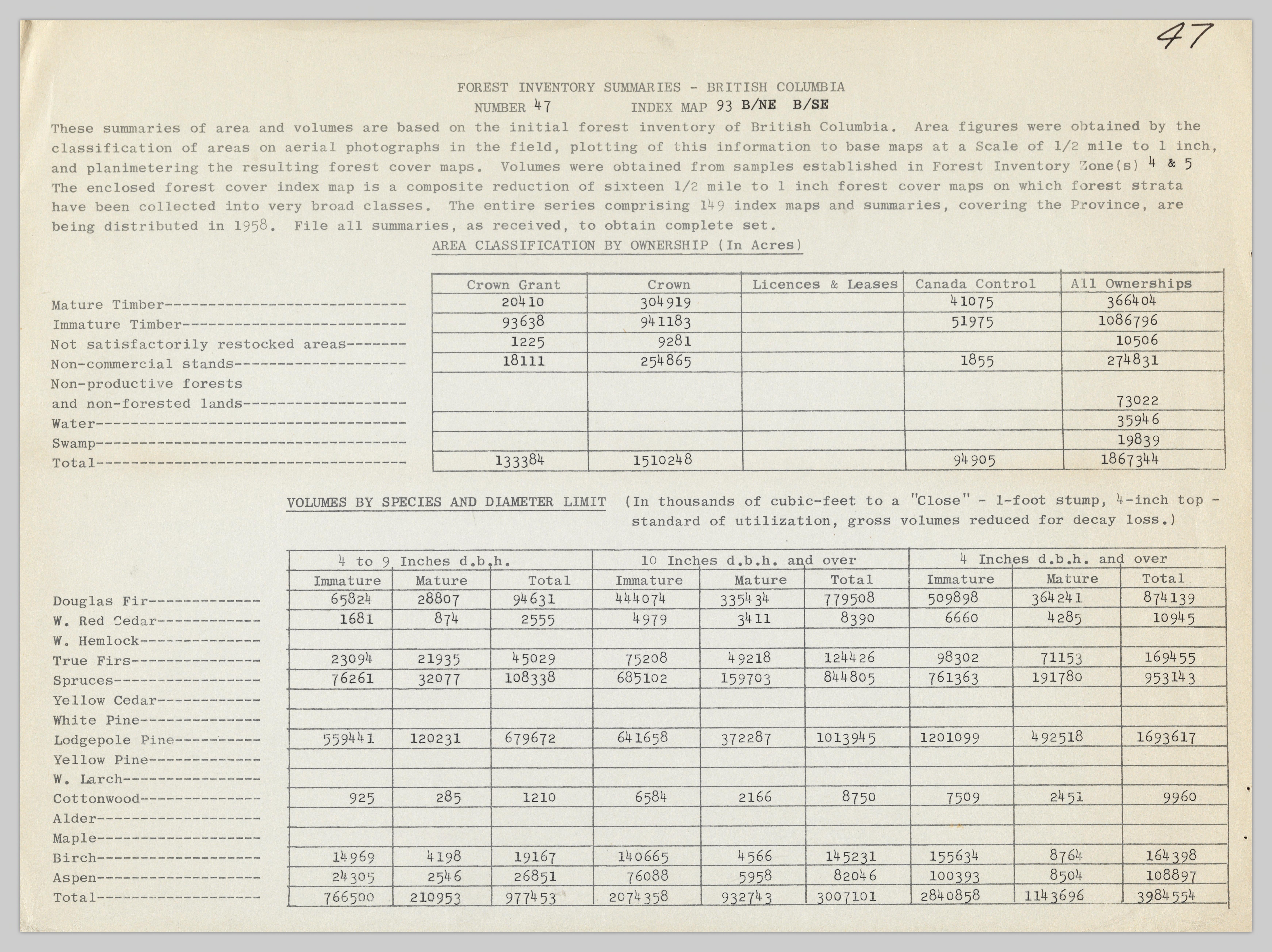 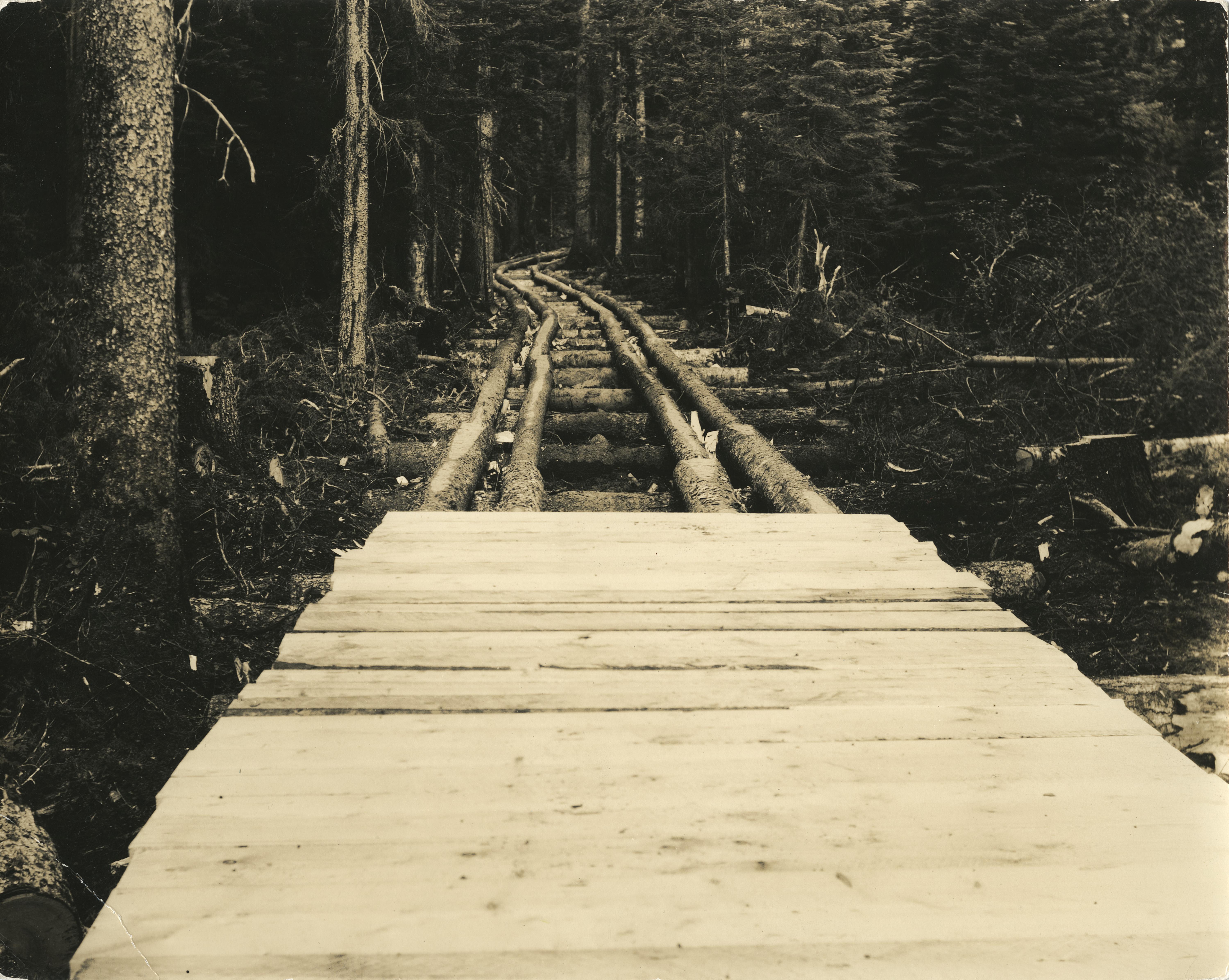 Materials in the UBC Archives Audio Recordings Collection include digitized lectures on forest and climate. Try searching by keyword 'Forest'.

Many materials in the UBC Archives Photograph Collection related to Forests and Forestry activities on campus and at the University research forests. Try searching by keyword 'Forest'.

UBC undergraduate theses and graduating essays from 2008 to the present are available online through the UBC cIRcle portal.

Essays from 1920 to 2008 are held in print at Woodward Library and can be found in the UBC Library Catalogue by searching BSF as a Series. To borrow them from the library, please ask at the Circulation Desk.