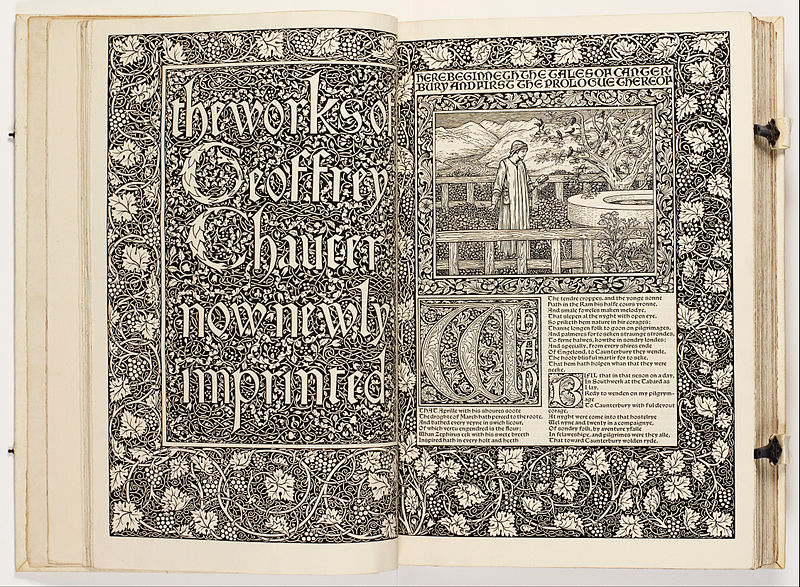 The Gutenberg style of press remained in use until the Industrial Revolution, where Charles Stanhope, 3rd Earl of Stanhope (1753-1816) created a new press type, completed by 1800. Made from cast iron instead of wood, this press reduced the amount of force needed to operate the press. As a result, it was increasingly easier and cheaper to mass produce books.

In the late 19th to early 20th centuries, the Art Nouveau movement spread across Europe. Influenced by Japanese woodblock printing, members of the movement longed for a return to the golden age of printing, printmaking, and publishing. As a result, several Fine Presses, such as the Kelmscott Press, were established. These presses produced historical and contemporary books and other materials which contained intricate artwork, fine printing, and different colors of ink. Often produced with limited editions, these books were often bought by book collectors.

Use these call numbers to browse materials in the UBC Catalogue

Some of the material relating to fine presses and modern publishing and printing has been digitized and can be found in the UBC Library Open Collections.