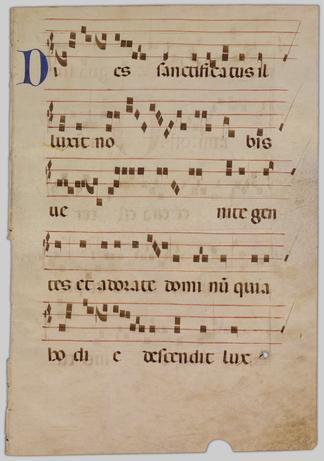 Prior to the invention of the printing press, books were produced by hand on various medium types including tablets, scrolls, papyrus and parchment. By the end of the Roman Empire, codices began to replace scrolls and paper slowly began to replace parchment.

During the Middle Ages, it was largely monasteries that conserved religious texts and certain works of Antiquity. These works were typically created in scriptoriums, where monks would copy, decorate and bind books within their monastery libraries. By the end of the 12th century, the growth of the university saw a growth in manuscripts and incunabula outside of monasteries. The development of commerce also saw a growth in texts related to law, history, and other topics.

Some of the manuscripts in UBC's Library have been digitized and are available through UBC Open Collections: