The UN Library is digtizing their historical publications dating back to 1946 so some older materials have been digitized and are avaiable online. Material from 1993 onwards should be available online.

For statistics and data go to the UN Data website. 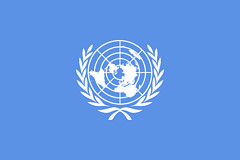 ​You will find UN material throughout the UBC libraries depending on the subject matter.

A large portion of the material is located on the 2nd Floor of the Koerner Library in the Government Publications Section. Some of the documents that you'll find here include Committee Reports, Meeting Papers, Special Committee Reports and Official Records from the major UN bodies.

Yearbook of the United Nations JX1977.A37.Y4 and online

How to find UN Documents in the Library - start with an index!

The UN-produced index to their publications. It's one of the principal tools for searching and locating UN materials. It has undergone many name changes.Koerner Library has holdings from 1950-present.

Index to the Proceedings of... There are indexes to the proceedings of each of four principal organs. These are detailed indexes to the Official Records for each organ including subject, speaker, and country/corporate name indexes.

Index to the proceedings of the General Assembly

Index to the proceedings of the Security Council

Index to the proceedings of the Economic and Social Council

Index to the proceedings of the Trusteeship Council

Beginning in 1975 the Index to Proceedings  volumes for the General Assembly, Security Council, and the Trusteeship Council include tables of roll call votes.

The Canadian Peace Research Institute published cumulations of the UN General Assembly roll call votes in the titles listed below:

The Official Records of the United Nations contain a wide range of documents, including final versions of meeting records, resolutions, decisions, agendas, and key documents presented to meeting participants. They also include in the case of the General Assembly and the Economic and Social Council, regular reports on the activities of subsidiary organs or agencies whose activities they are responsible for coordinating. They usually consist of 3 parts: meeting or plenary records; supplements which contain resolutions and decisions, and reports of major UN bodies, committees and commissions as well as the budget and financial reports; and annexes, reprints of related or other important documents. They are indexed in depth in the various Indexes to the Proceedings...

Definitions of key terms used in the UN Treaty Collection.