This guide was designed to help aid students and researchers locate information published by the U.S Federal government. 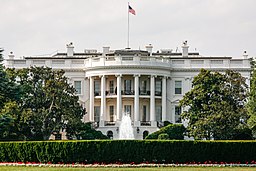 1. Public Papers of the Presidents

The Public Papers of the Presidents is a compilation of Presidential writings, addresses, and remarks of a public nature. It is issued in serveral volumes for each administration.

The official publication of presidential statements, messages, remarks, and other material released by the White House Press Secretary.  While the Weekly Compilation has been published in print since 1963, it is only available online from 1993. Note, after January 29th, 2009 this publication was replaced by Daily Compilation of Presidential Documents, both are available from FDsys at the link above.

3. Presidents of the United States ( Library of Congress)

Provides a comprehensive array of Presidential documents from 1789 to present. The archives also contain thousands of other documents such as party platforms, candidates' remarks, Statements of Administration Policy, documents released by the Office of the Press Secretary, and election debates. Includes State of the Union Addresses.

The Budget of the United States Government .