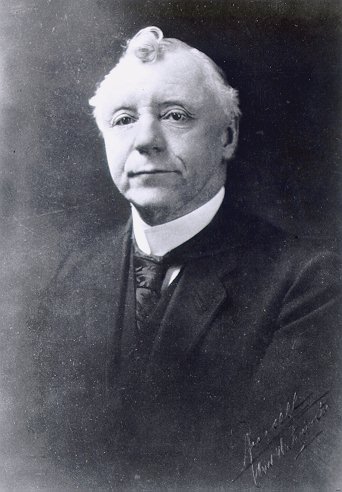 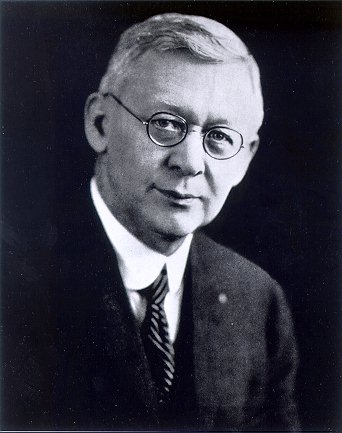 The private libraries of British Columbia Judge Frederic William Howay (1867-1943, pictured left in a portrait taken ca. 1920) and Dr. Robie Lewis Reid (1866-1945, pictured right in an undated photo) formed the nucleus of Rare Books and Special Collections when they were donated in 1943 and 1945, respectively. Howay and Reid studied law at Dalhousie University. Both graduated in 1890, and in 1893 they formed the law firm of Howay & Reid in New Westminster. The partnership lasted until 1906 when Howay became a Judge.

F.W. Howay was a student of history more than a collector of books. He sought out books to challenge and further his knowledge of the events that interested him. Of special interest was the Maritime Fur Trade, a subject on which he became an international authority. He was known to write notes and changes directly onto the pages of his texts. Howay assembled a working library, through which he became authority on every subject that he studied. The collection totaled about 3,500 books and a number of maps and photographs as well as manuscripts.

When the plans for UBC were developed in the early 1900's, Dr. Reid determined the focus that would shape his collection practices for the rest of his career. He understood that the new university would likely be forced to focus on books of general interest and immediate need, so he assembled a collection of Canadian history and literature, and books by Canadian authors to present to the university. Dr. Reid was a pure collector, whose eye was not limited to books; he was also an accomplished numismatist. At the time of its donation to the University, Dr. Reid's collection included over 9,000 books, over 4,000 pamphlets, and a collection of other media, including maps, photographs and correspondence.

This LibGuide page has been adapted from older UBC Library content created by Ken Hawkins in 1998.

Indexes, Catalogues, and Bibliographies in Print

A handbook and guide to the Howay-Reid and Northwest collections of Canadiana / compiled by James W. Pilton [for the] University of British Columbia Library. Vancouver: UBC Press, 1951.

Canadian books : [a checklist of Canadiana in the library of Robie Lewis Reid / compiled by R.L. Reid] Published approximately 1900-approximately 1945.