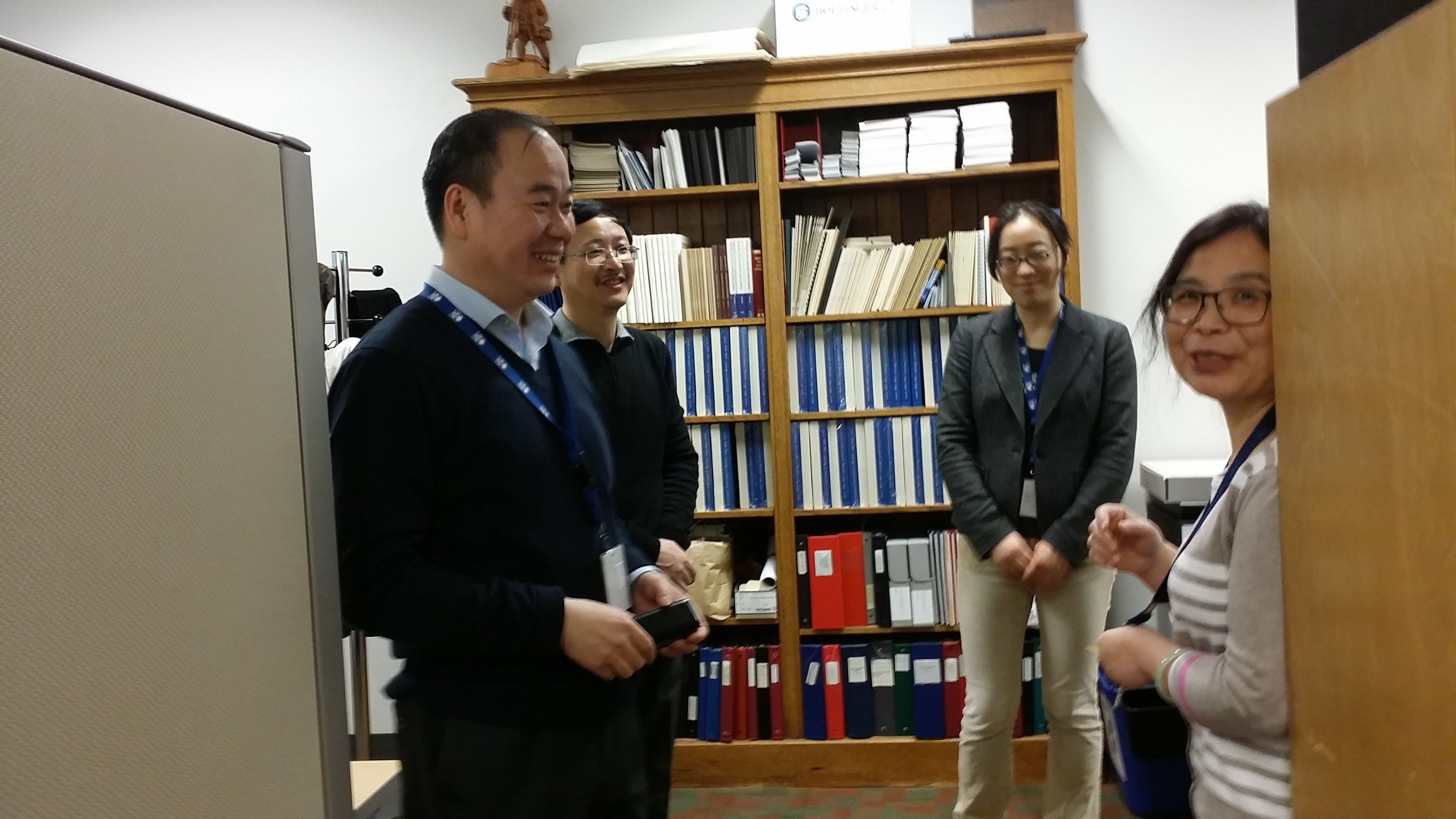 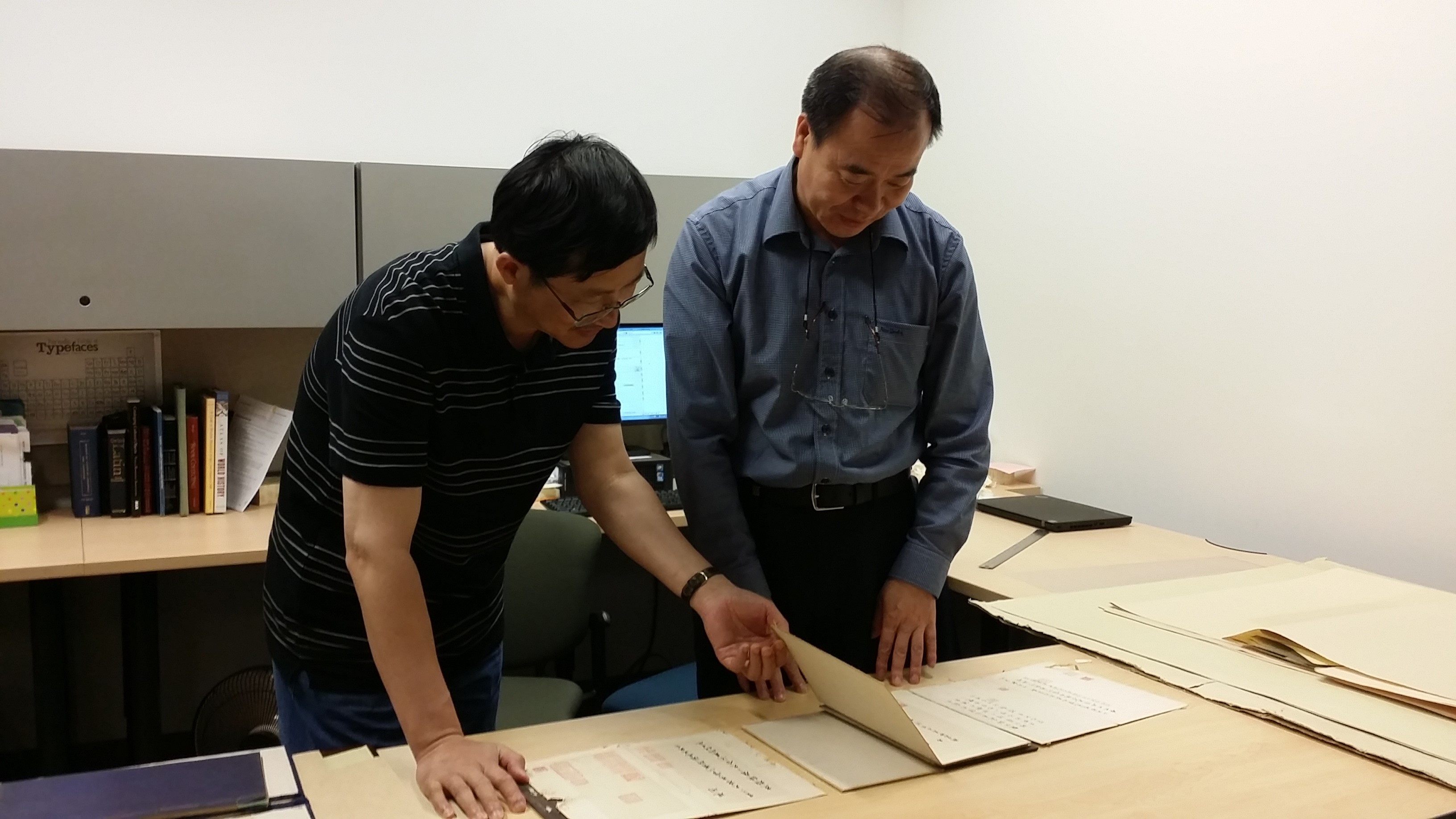 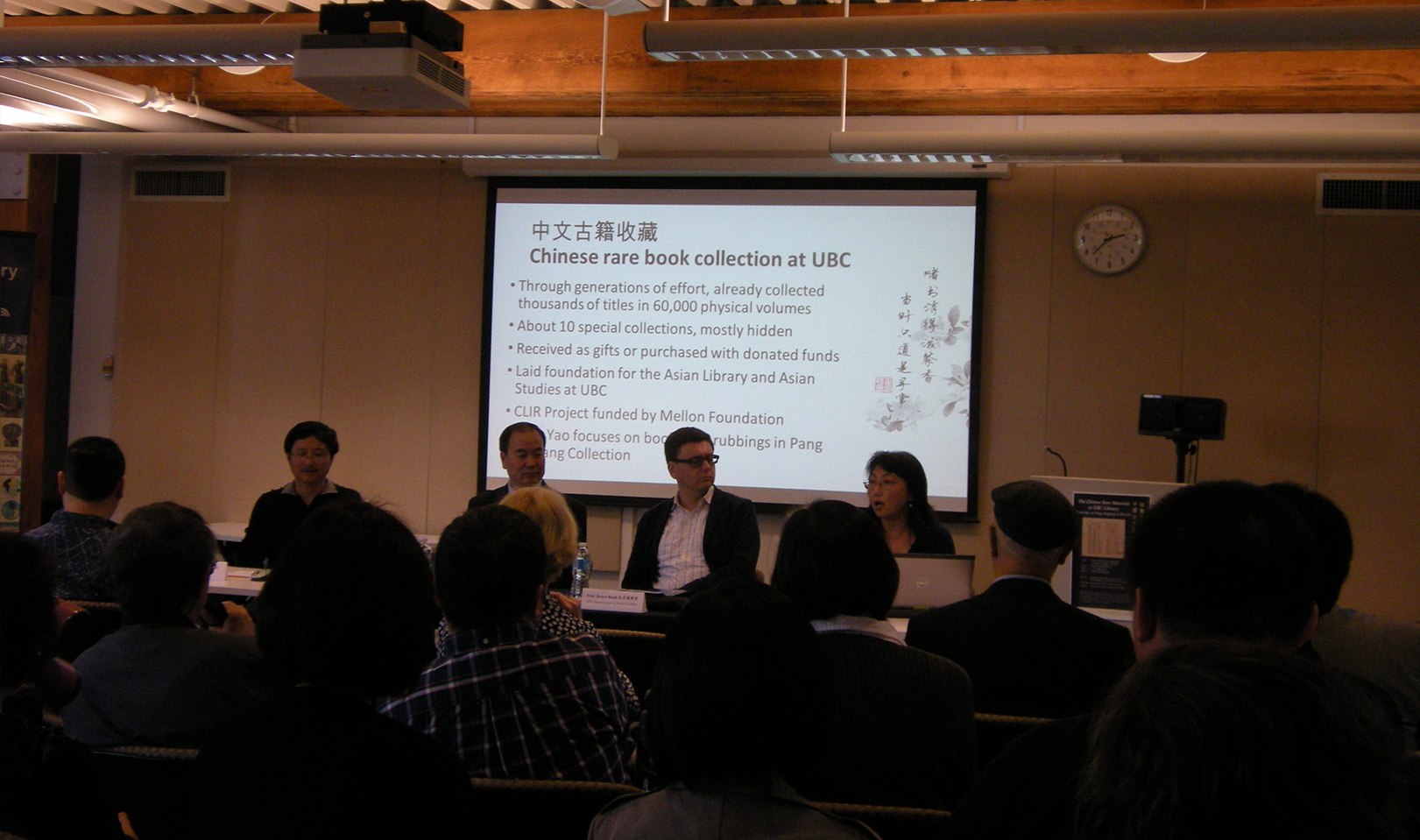 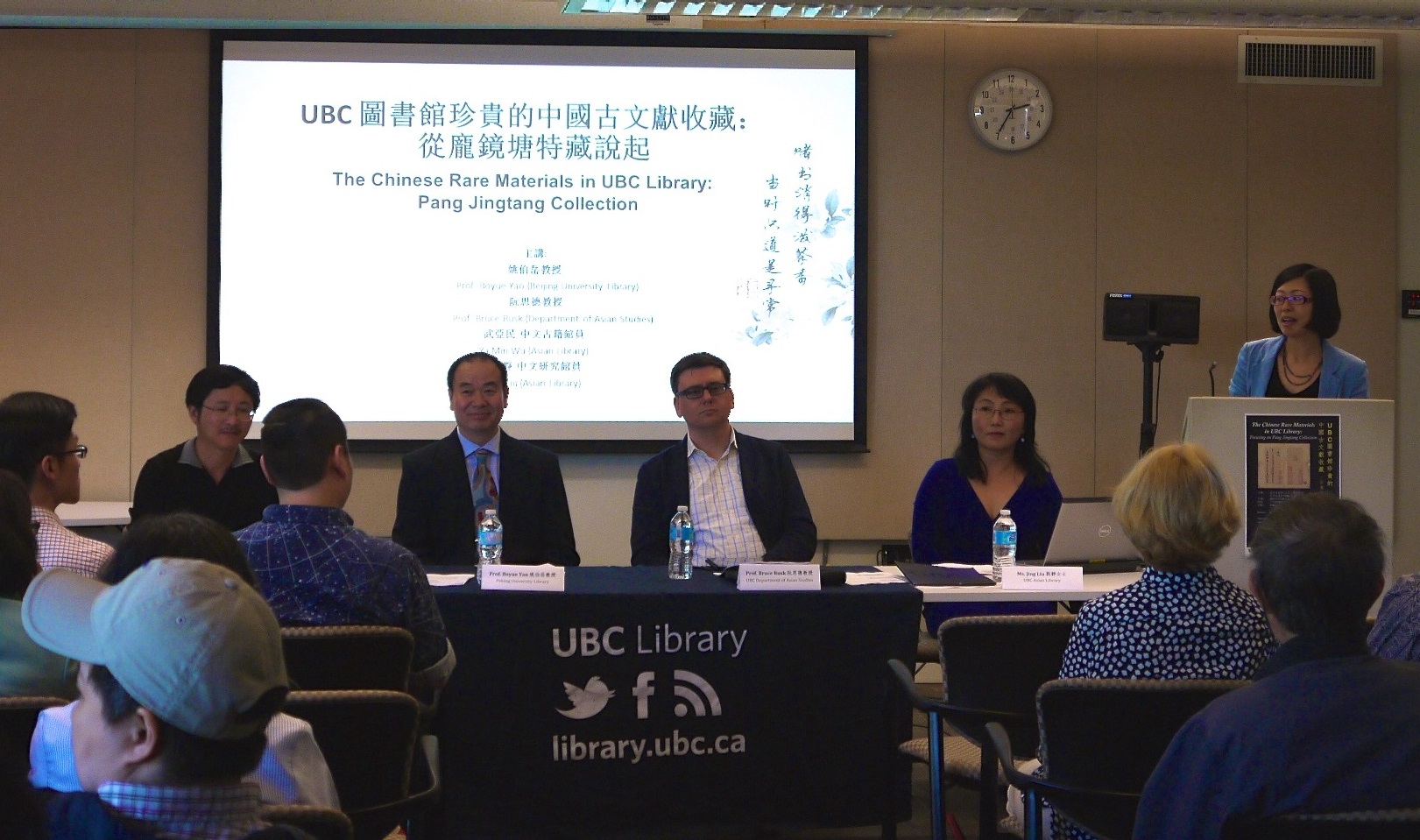 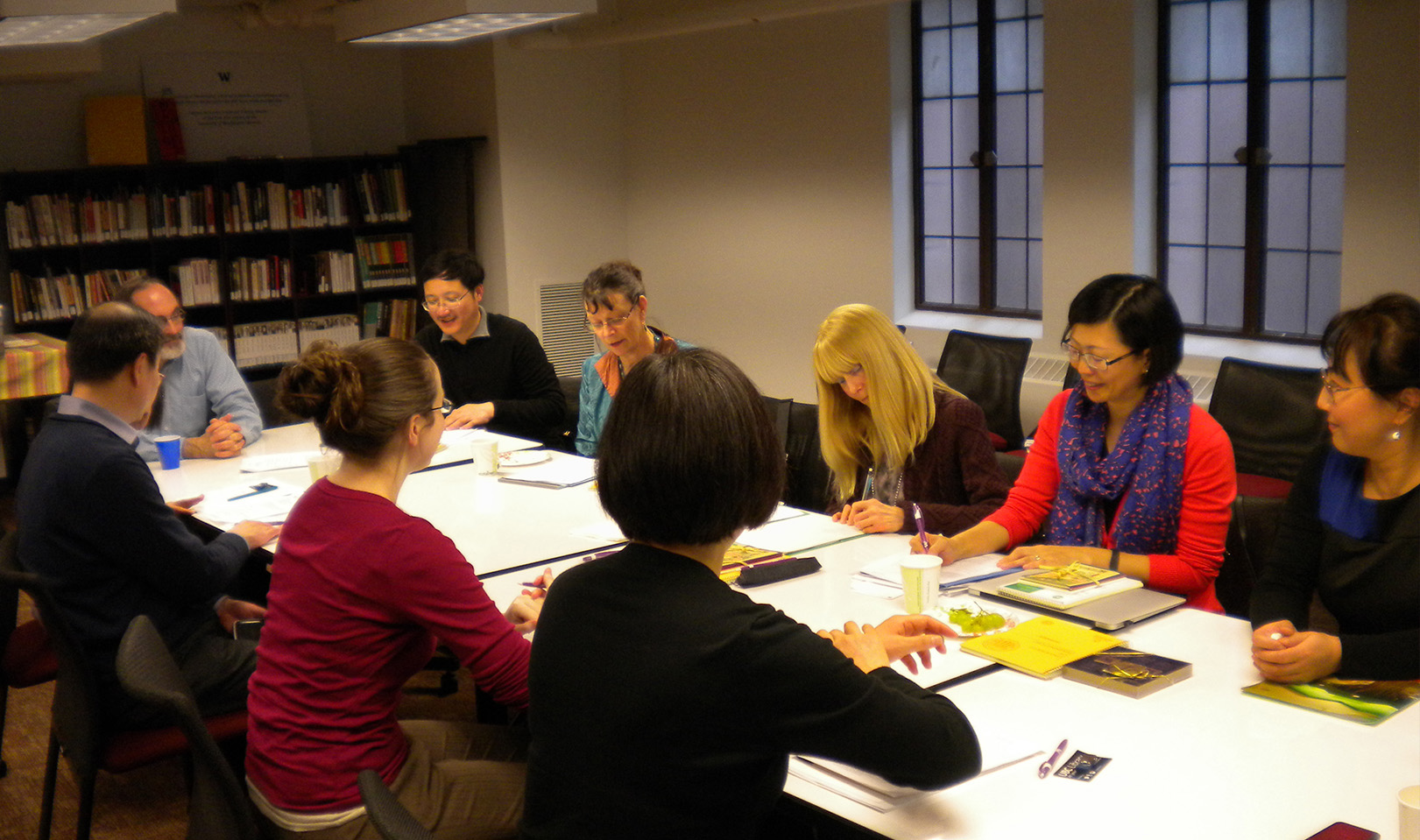 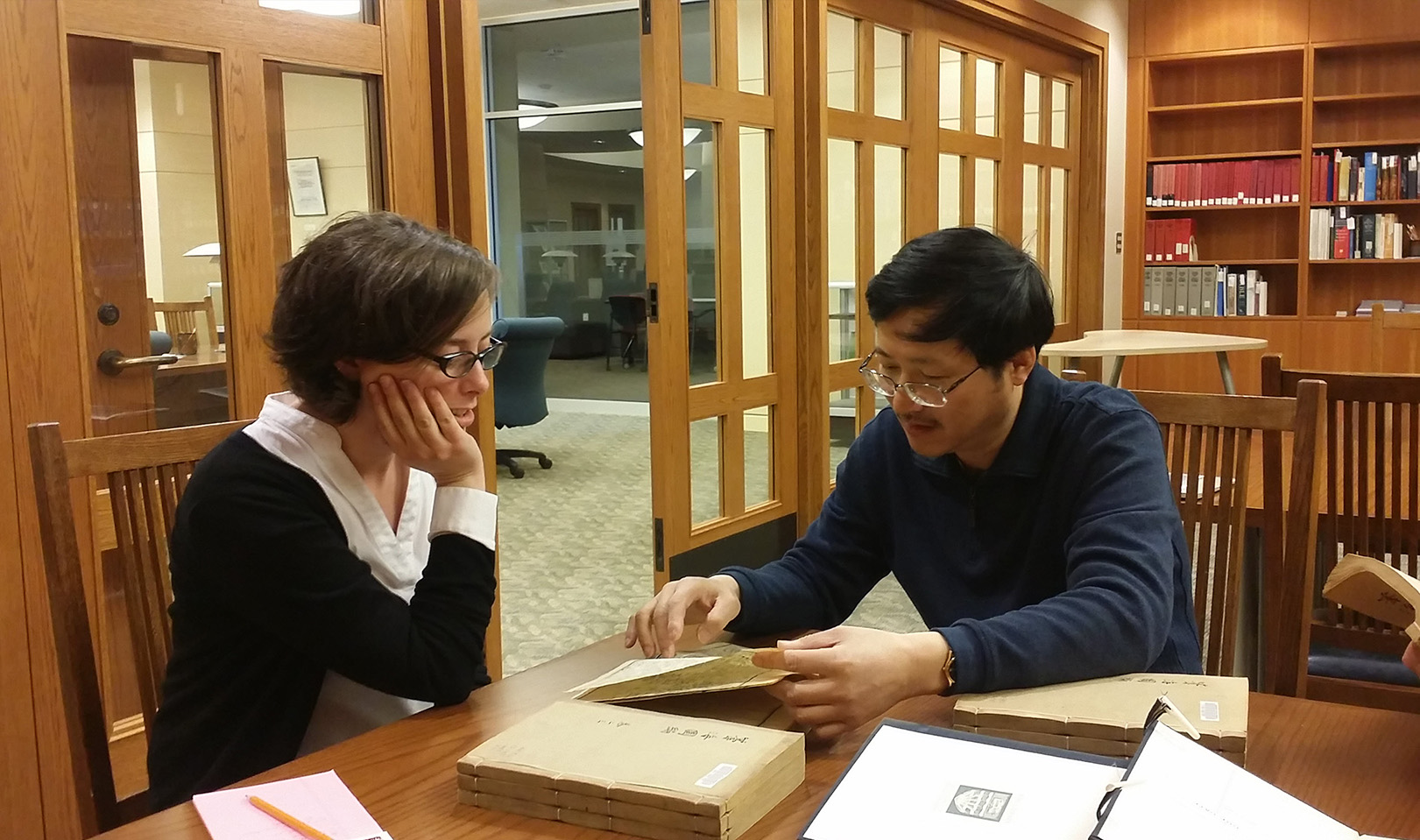 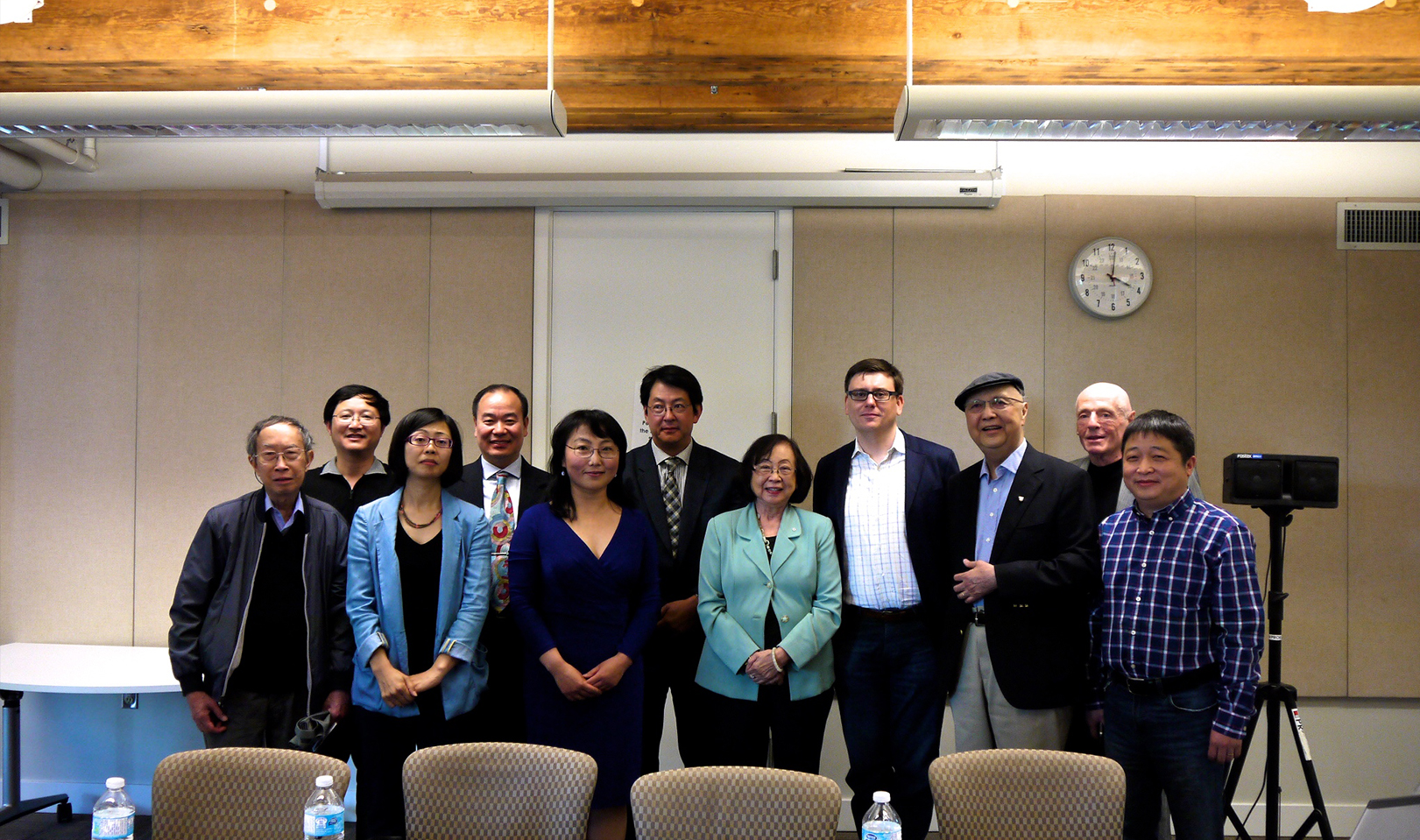 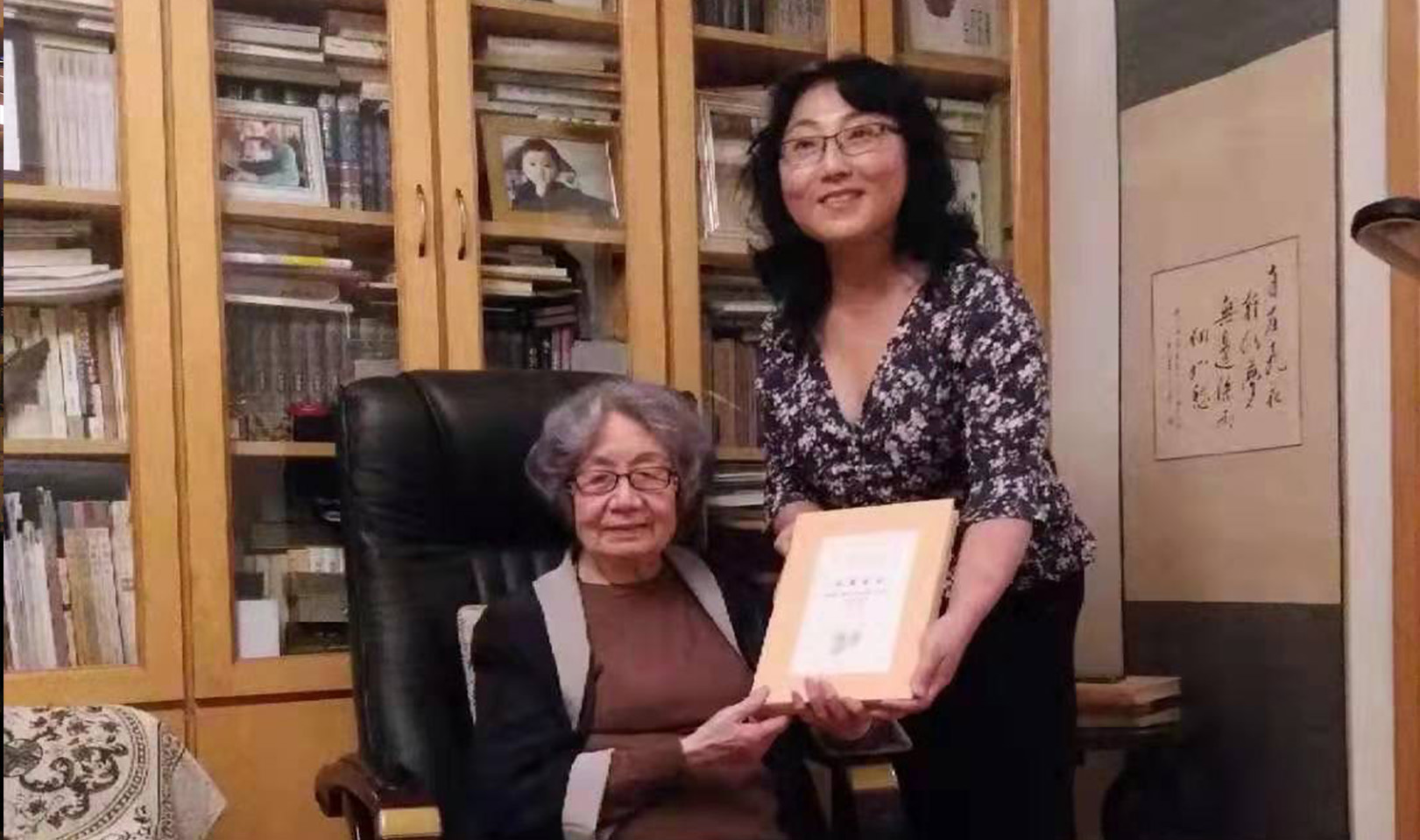 She joined UBC in 2000 as the Chinese Language Librarian and Technical Services Supervisor. She has led or coordinated international collaborative virtual reference, international resource sharing, flexible learning, rare book research and digitization projects.  Jing received a MLS from University of Washington and Master of Asia Pacific Policy Studies from UBC. Prior to coming to UBC, she worked for academic, public, and special libraries in major cities worldwide including Beijing, New York, Chicago and Seattle. Jing has authored dozens of publications and her current research projects include cultural exchange among Chinese Canadians and Canadian missionaries in China.

He has very rich experience in cataloging various materials, particularly Chinese rare items. After graduating from Peking University with a Bachelor of Arts in Library Science, he started working as a cataloguer in  Liaoning Provincial Library (LPL) in China and was later promoted as Senior Librarian, Assistant Director. Working effectively in the capacity of Librarian, he has been pursuing his interest in Chinese rare collections. In order to keep his knowledge and skills updated, he furthered his study in the Graduate Program in Philosophy of Science and Technology in Northeastern University in China. In addition, Yamin has a great number of articles published in various scholarly journals.

Yamin joined the CLIR project as Project Cataloguer in December 2014, and he was happy to keep exploring in various Chinese rare collections.

He spent April and May of 2015 at UBC focusing on Pang Jingtang Collection. Prof. Yao is a well-known rare-book expert in China. He served as head of the rare-book department of Beijing University Library for many years and also taught on Chinese rare-book identification and cataloging, textual bibliography, and copyright. In the past decade, he has worked at Harvard, Princeton and Berkeley on similar rare book projects. Professor Yao is an award-winning author and a heavy weight presenter at international conferences. His current research projects include “Atlas making in Qing Dynasty,” “Chinese Rubbings,” among others.  Prof. Yao graduated from Beijing University.  He has worked there as a teaching faculty member and librarian for 30 years.

She graduated from Beijing Normal University with a M.A. in Linguistics and Language Teaching. Before furthering her library and information studies at iSchool, UBC, she had got a Lib-tech Diploma from Langara College. Her current Student Librarian position at Education Library of UBC has given her a great opportunity to expose herself to an authentic library environment. She joined the CLIR project in June 2014 and found it intriguing to be involved in investigating different subjects of Chinese rare collections.

She graduated from Central China Normal University with a bachelor degree in Translation. She is currently pursuing her master program in the Department of Educational Studies at UBC. She is multilingual and can speak Chinese, English and Japanese. The undergraduate study equipped her with excellent  translation skills which could be contributed to the CLIR project. As an education major now, she is actively  involved in many educational  practices such as being the teaching assistant in Magee Secondary School and Van Horne Elementary School. She is very interested in ancient Chinese culture and looks forward to exploring more about it in this project.

He graduated from Peking University with two degrees in History and Sociology. He is now pursing his Master of Arts in History at UBC. Besides working on this project, he is a teaching and research assistant and working with Prof. Tim Brook, Leo Shin and Namlin Hur. He has presented his research in some international conferences, and studied in Korea and Taiwan as an exchange student.

Zoudan is impressed by the size and rarity of the Chinese rare books collection at UBC.

She received her M.A. from Asian Studies at UBC with Dr. Catherine Swatek and her M.A. thesis is on drama and theatre in late imperial China. She is now a PhD student of Theatre and Film Studies at UBC, working with Dr. Liu, Siyuan on traditional Asian theatre in contemporary period. She works as teaching assistant of several modern and classical Chinese language courses, and is now a research assistant of Dr. Liu and Dr. Swatek. She has presented her researches at ATHE (Association of Theatre in High Education) 2013 and ASPAC (Asian Studies on the Pacific Coast) 2014.

Yanting was very impressed by the richness of the hidden collections and their donors. She has been learning a lot of the Chinese migration history in BC, Canada since her first day of working.  She feels not just lucky but also proud of being a member of the CLIR project.

He graduated from Peking University in 2011 with two degrees, B.A. in Chinese Classics and Classical Bibliography and B.S. in Psychology. He received his M.A. in Ancient Chinese Texts at Peking University in 2014. He is now a PhD student of Textual Culture and Intellectual History in Late Imperial China at UBC. He worked as a teaching assistant in several Chinese language and literature classes. He also studied in Taiwan as an exchange student and presented his research in some international conferences.  Yinzong is currently doing some study on the marginalia in ancient Chinese books and is amazed by the richness of books with marginalia “hidden” at the UBC Asian Library.

She graduated from University of Victoria with a BA in 2009. She is now in the second year to finish her Master’s program in Library and Information Studies at iSchool, UBC. Her current position at UBC Digital Initiative has trained her on skills of rare book digitization and preservation. She has also been worked as a GAA at UBC Asian Library for almost two years and participated in various library projects. Yangyue is more than excited to join the CLIR project and is amazed by the huge hidden rare book collections.

Ms. ZHANG, Isabel
She has been working with the UBC library for about 10 years, starting at the Asian Library as public services assistant and now as European and Chinese language cataloguer in the Central Technical Services.

She felt extremely honoured and privileged to be part of the CLIR project.