"As the public history of UBC in Vancouver and on Point Grey began to unfold, it overwrote another, much longer history — the history of thousands of years of Aboriginal presence in these places.

The erasure of that history, and its gradual return to visibility in the later 20th century, as Aboriginal programs at the university began to develop and relationships began to deepen, is the history outlined here." From the UBC Centennial: The Hidden History.

In December 2006, Musqueam and the University of British Columbia signed a Memorandum of Affiliation, resulting in a number of initiatives between the University and Musqueam. Visit the UBC website to learn more. 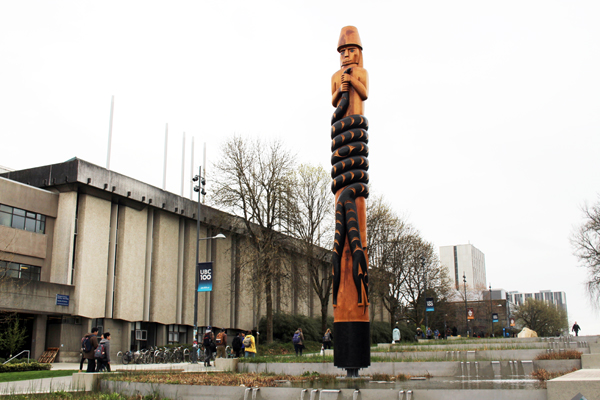 On April 6, 2016, sʔi:ɬqəy̓ qeqən, a double-headed serpant post carved by Musqueam artist Brent Sparrow Jr., was raised outside the UBC Bookstore. This post recognizes Musqueam's presence and history on the land and the current partnership between Musqueam and UBC. To learn more about the post, visit the UBC website or download the Dedication Ceremony Program [PDF]. 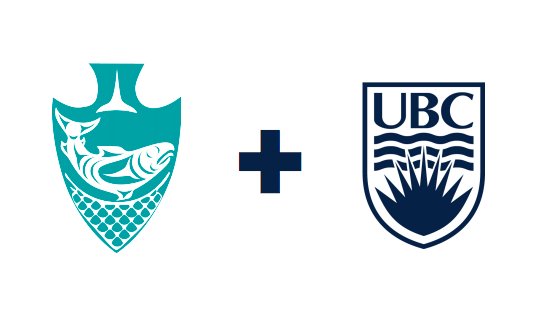 In 2015, UBC Sustainability Scholar Aaron Lao worked with the Musqueam First Nation to develop a resource guide to identify principles for collaboration and engagement between UBC and Musqueam: Connecting Communities: Principles for Musqueam-UBC Collaboration [PDF]. 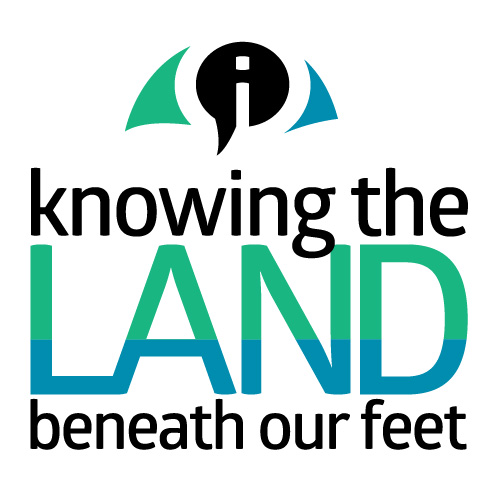 Knowing the Land Beneath Our Feet

UBC's Centre for Teaching, Learning, and Technology (CTLT) is developing Knowing the Land Beneath Our Feet (KLBF), a multimedia initiative aimed at raising awareness of Indigenous histories and presence at UBC Vancouver in partnership with the First Nations and Indigenous Studies and Coordinated Arts Programs.

For more information, see the following: short introductory video and Talon article about the project's progress as of January 2015.

Musqueam and the Alma Mater Society