An introduction to treaties in BC and Canada, and Métis settlements.

Historic treaties refer to treaties negotiated between 1701-1923. For transcripts of the treaties listed below see Treaty Texts from the Government of Canada. 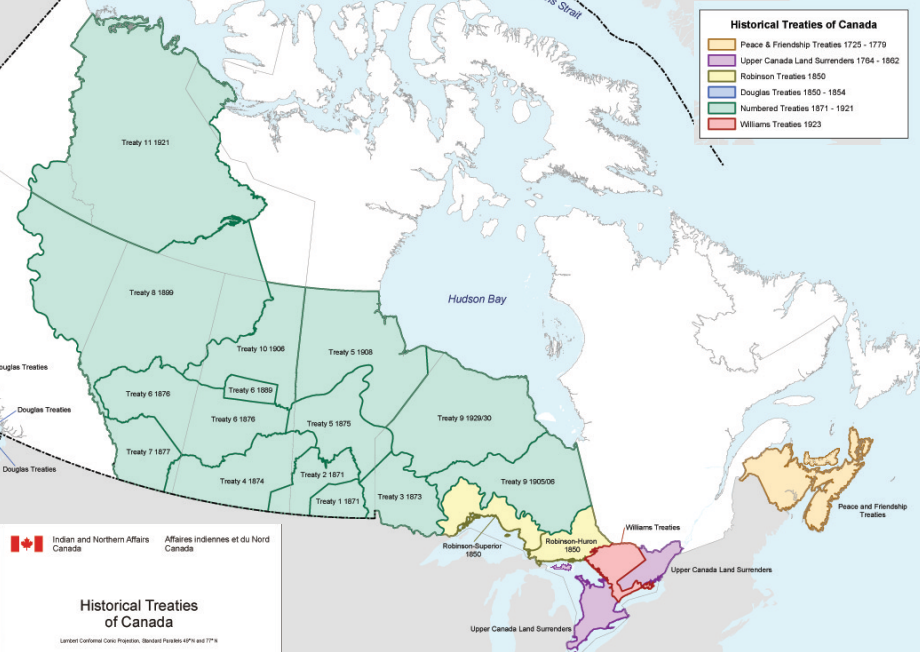 "[A] foundational document in the relationship between First Nations people and the Crown and laid the basis for Canada's territorial evolution" (From Indigenous and Northern Affairs Canada).

"Most Indigenous and legal scholars recognize the Royal Proclamation as an important first step toward the recognition of existing Aboriginal rights and title, including the right to self-determination" (From Indigenous Foundations).

The Robinson-Superior and Robinson-Huron Treaties (concluded 1850)

Consists of nine agreements between Hudson's Bay Company and the Songhees, Klallam, and T'souke.﻿

Also known as the Vancouver Island Treaties and the Victoria Treaties.

There are 11 treaties that were negotiated between 1871 and 1921, referred to as the Numbered Treaties.

Fifteen land surrenders took place from 1783 to 1812 in Southern and Central Ontario.